Nature needs people and here’s why 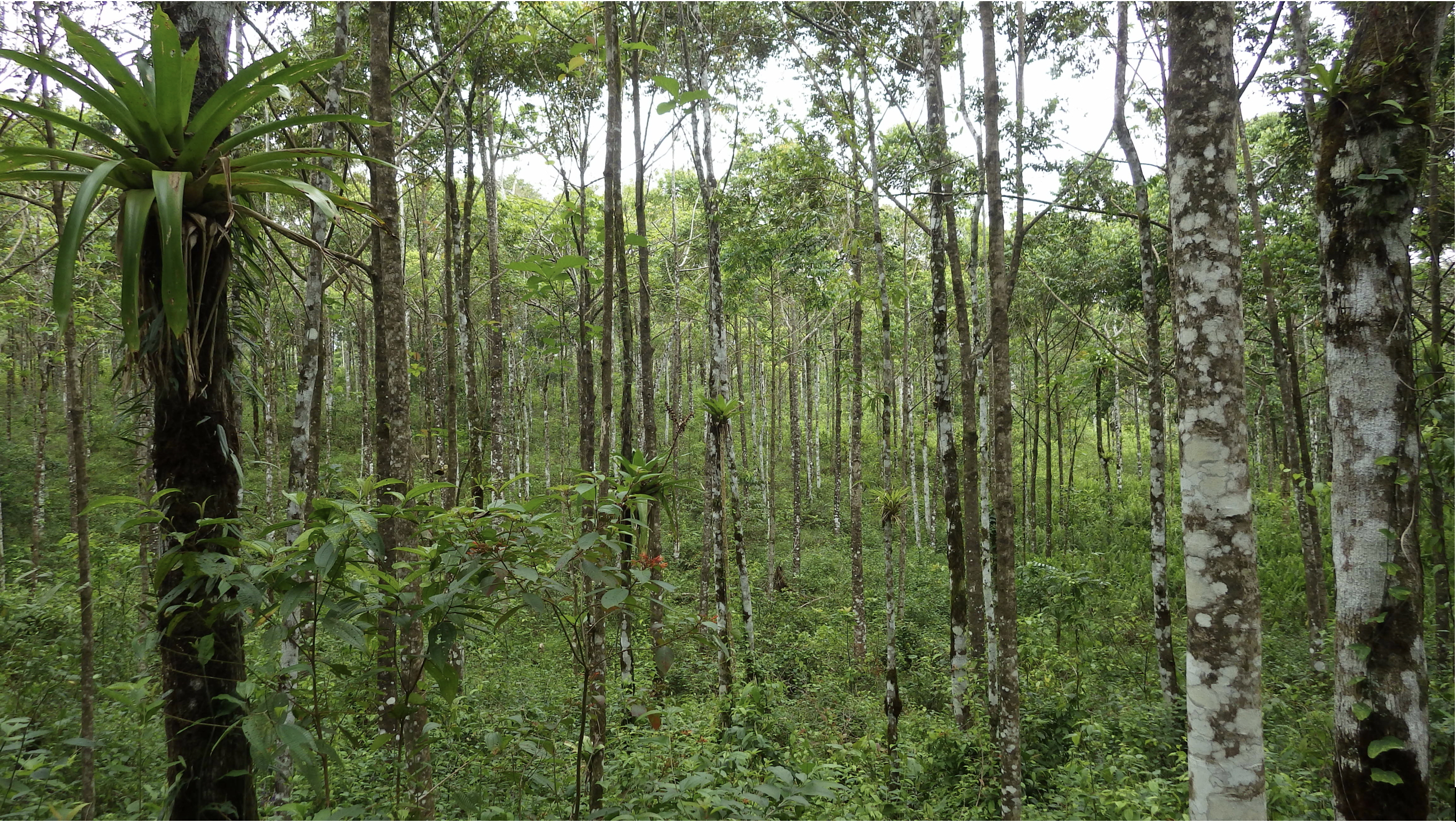 Nature needs people and here’s why

On 12 September, 2018, Nature4Climate.org launched the “Forgotten Solution Campaign” at the Global Climate Action Summit in San Francisco. The hashtag #TheForgottenSolution rapidly populated the twittersphere. Eleven partner organizations and 18 foundations celebrated their support of the Nature4Climate initiative. Their message reached global coverage by news organizations, such as the BBC. This movement, also known as the “30×30 Forests, Food and Land Challenge,” emphasizes the substantial contribution natural ecosystems can provide to mitigating climate change. The message is clear: Protecting and restoring forests, producing food more sustainably, and improving land use can deliver 30% of the climate solution needed by 2030. Natural climate solutions are less than 1% of the conversation and they receive less than 3% of climate funding. This is a powerful message. But it is not enough to emphasize that we need nature to fight climate change, because nature also needs our help to fulfill this important task. Realizing natural climate solutions requires effective human interventions of natural systems.

Environmentalists Jane Goodall and Harrison Ford and politicians Governor Jerry Brown and John Podesta—among many other champions—raised their voices to do what scientists have failed to do: bring awareness about natural climate solutions into the public arena. Their voices echo what scientists have been saying for years: carbon storage in forest, wetland, grassland, and agricultural ecosystems is an essential component of global climate mitigation (Pan et al. 2011, Houghton et al. 2015). A recent peer-reviewed scientific publication showed that natural climate solutions can provide over one-third of the cost-effective climate mitigation needed between now and 2030 to stabilize global warming to below 2°C (Griscom et al. 2017). Basically, if we allow nature to simply do its thing, the resulting natural processes could store 11 gigatonnes of carbon dioxide a year, roughly equivalent to the emissions prevented by stopping the burning of oil worldwide.

As a forest scientist whose work has contributed to the evidence behind this movement (Chazdon et al. 2016, Chazdon 2017), I am a cheerleader for this movement. Indeed, natural ecosystems are a critically important climate change solution that must not be forgotten by the public, land managers, or policy makers. And let’s remember that natural solutions carry a huge additional bonus, as they provide much more than climate change solutions. They also slow the extinction of species, mitigate flood risk, and regulate water supplies for urban and rural areas. Today, more than ever, people need nature and climate change mitigation must harness all the power that natural processes can provide (Chazdon and Guariguata 2016).

The bottom line in this movement is that people need nature. Conservation International, one of the organizational partners of Nature4Climate, launched their #Natureisspeaking campaign in 2014. Well-known celebrities, such as Julia Roberts, speak for nature and emphasize that “people need nature” and that “nature doesn’t need people.” The claim of this public campaign is that nature will go on with or without people, as it has for over 4.5 billion years, and what people think and do doesn’t matter to nature. As Julia Robert’s voice over of Mother Nature forcefully says, “your actions will determine your fate, not mine. I am Nature. I will go on.”

I strongly beg to differ with the claim that “nature doesn’t need people.” I am quite sure this statement was true over the past 4.4999 billion years, but it is not true today or tomorrow. Look around. Like it or not, we are living in the Anthropocene. Natural systems, as we recognize and understand them, are being heavily altered by human activities on a planetary scale, and it will take concerted human interventions to stop and reverse these trends (Steffen et al., 2015, Venter et al. 2016, Potapov et al. 2017). An estimated 3.5 billion ha, accounting for 23% of Earth’s land surface have been affected by some type and severity of degradation (Stavi and Lal, 2015). 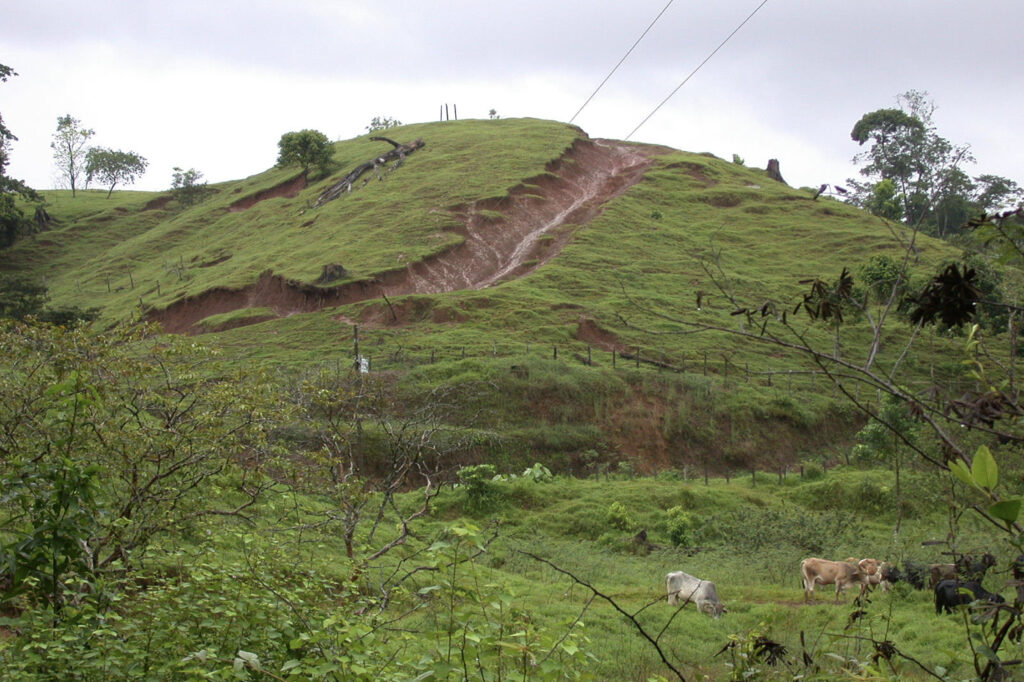 Nature really does need people. For natural systems to continue to operate at their best and to harness these systems for human and planetary benefits, people and nature must work as players on the same team. Protected and managed systems alike require co-production: people working together with nature for mutual benefit. People create policies, enforce regulations, and implement incentives and governance arrangements that can serve to protect natural ecosystems and minimize negative impacts of development. People must intervene to keep plastics out of waterways and oceans, to fence off abandoned or degraded lands for natural regeneration, and to prevent catastrophic forest fires by thinning overstocked forestlands. People must help nature by mitigating effects of invasive species and removing contaminants from soils. Individual and collective actions need to adapt to prevent further degradation and destruction of natural systems.

Even allowing natural processes to operate on their own requires interventions to protect and insulate areas from destructive activities. And degraded ecosystems need human assistance, deliberate planning and frequent monitoring to be restored to provide better conditions for both people and nature. These and many other actions are needed to keep natural systems operating and to restore lost properties of nature in all regions of the world. Certainly, only nature can fully heal itself, but it can heal much faster if we help it along. Nature needs people. 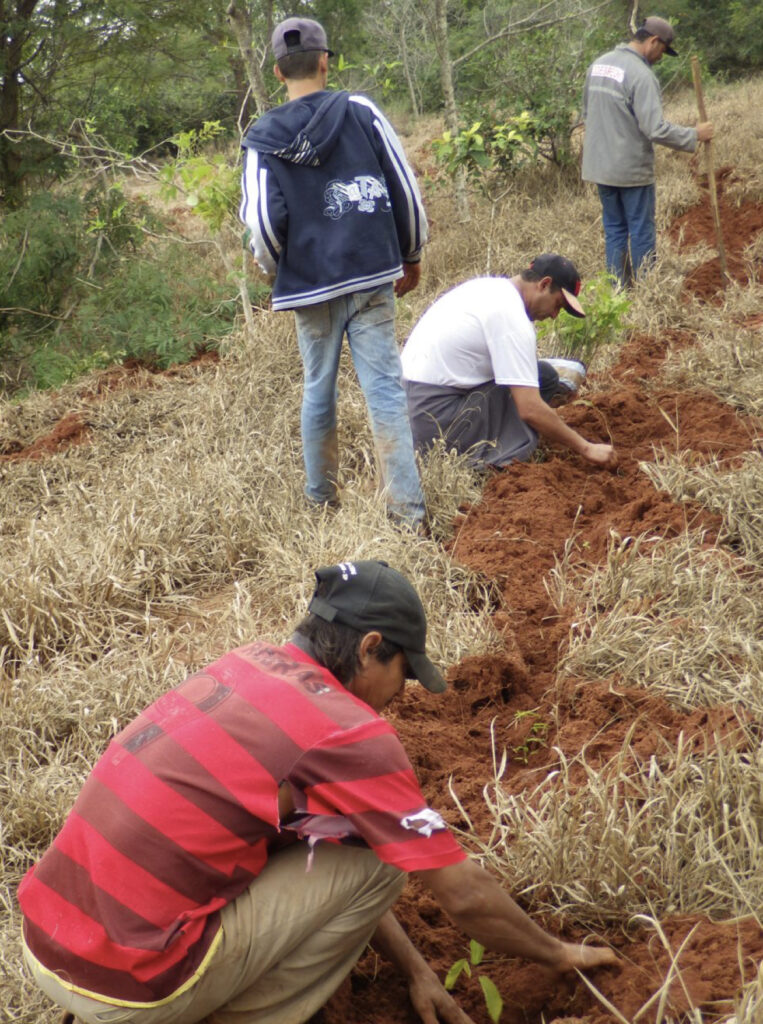 Memes and messages need to be carefully crafted to maximize their impact. But however you look at it, nature needs people just as much as people need nature. We are all part of the same global ecosystem and we need to work in a partnership with nature for the benefit of our planet and its people (Chazdon et al. 2017). Our collective future depends on building a strong and lasting partnership with nature.

Chazdon, R. L., and M. R. Guariguata. 2016. Natural regeneration as a tool for large-scale forest restoration in the tropics: prospects and challenges. Biotropica 48:716-730.