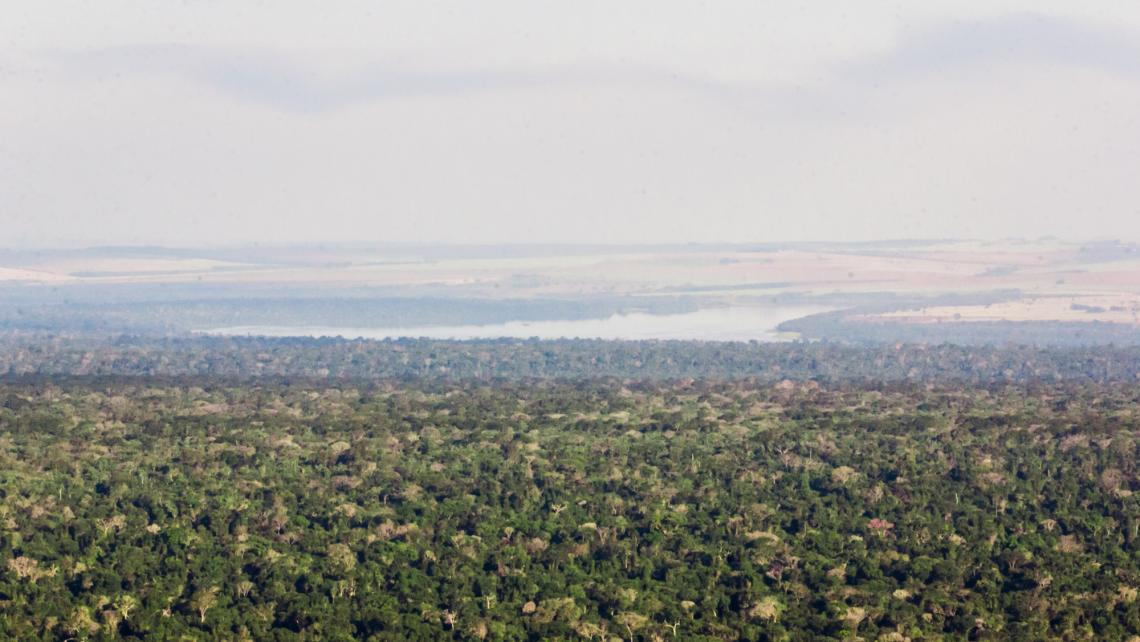 Anyone who has walked outside on a sunny day knows that forests and trees matter for temperature, humidity and wind speed. Planting trees speaks to concerns about climate change — but the directly important aspects of the tree-climate relationships have so far been overlooked in climate policy where it relates to forest. That, at least, is the conclusion of a new review. The authors suggest that the global conversation on trees, forests and climate needs to be turned on its head: the direct effects via rainfall and cooling may be more important than the well-studied effects through the global carbon balance. Yet, current climate policy only recognizes the latter. While farmers understand that trees cool their homes, livestock and crops, they had to learn the complex and abstract language of greenhouse gasses and carbon stocks if they wanted to be part of climate mitigation efforts. Not anymore, if the new perspectives get widely accepted.

In the review, published in the journal Global Environmental Change, the 22 authors provide examples for the planet-cooling benefits of trees. Scientists found evidence for the widespread perception that trees and forests also influence rainfall. As such, the review insists that water, and not carbon, should become the primary motivation for adding and preserving trees in landscapes.

“Carbon sequestration is a co-benefit of the precipitation-recycling and cooling power of trees. As trees process and redistribute water, they simultaneously cool planetary surfaces”, says Dr. David Ellison, lead author of the study. “Some of the more refined details of how forests affect rainfall are still being discussed among scientists of different disciplines and backgrounds. But the direct relevance of trees and forests for protecting and intensifying the hydrologic cycle, associated cooling and the sharing of atmospheric moisture with downwind locations is beyond reasonable doubt.”

Trees are giant air conditioners with no power bills. They use solar energy to convert water into vapour, thereby cooling their surroundings. On a hot day the surface temperature of a forest – in an example discussed in the paper – is similar to that of a nearby lake, while a dry patch of meadow or a tarmac road in the vicinity are more than 20 °C hotter. The cooling power equivalent is around 70 kWh for every 100 liter of water transpired, similar to the output of two home air-conditioning units.

“There are important implications for practice, as we can no longer simply focus on carbon sequestration to mitigate or adapt to climate change”, says Dr. Victoria Gutierrez, Chief Science Officer of the WeForest NGO that supports forest landscape restoration efforts in tropical countries, and coauthor of the study. “For organizations and agencies working to restore forest ecosystems for climate and people, it is crucial that we pay greater attention to the sustainability of the water processing and cooling aspects of the trees,” Gutierrez says.

As they cool the planet, trees may also promote rainfall. Two ingredients for rainfall are: i) water vapour in the atmosphere to which trees and wetlands contribute importantly and in quantities that can be measured, and ii) a starting point for condensation of vapour into cloud droplets and rain drops. Trees are a source of volatile compounds that can become cloud condensation nuclei and trees are also a source of bacteria that form ice nuclei.

“In clean, dust-free air, cloud droplets may cool down to -40 °C, high up in the atmosphere, before freezing occurs if there are no ice nuclei present that can catalyse freezing”, says Dr. Cindy Morris, one of the co-authors. “But trees and forests release ‘ice nuclei’ into the atmosphere including certain fungal spores, pollen and bacteria that can initiate rainfall at much warmer temperatures, sometimes as warm as -4 °C. This means that rain initiation can take place more readily in low altitude clouds.”

As forests modify and contribute to the atmospheric flows of moist air they influence downwind rainfall. While coasts derive most of their rainfall from oceanic evaporation, downwind continental surfaces are increasingly dependent on upwind terrestrial sources of atmospheric moisture. On average 40% of rainfall over land is recycled from evapotranspiration over land surfaces. Important examples of long-distance dependencies have been documented between the Congo basin and East Africa providing rain to the Ethiopian Highlands and the Sahel, the Amazon supporting rain in NW Argentina, and mainland Southeast Asia feeding atmospheric moisture to China. In all these cases, major changes in tree cover can break the chain and reduce precipitation in downwind basins.

“Where most water studies have focused on the ‘blue water’ in rivers and the ‘green water’ used by plants, water in the atmosphere is now recognized as ‘rainbow water’”, says Dr Meine van Noordwijk, co-author and Chief Scientist with the World Agroforestry Centre (ICRAF). “The policy arena may have to adjust to the idea that rainfall is not simply the result of large scale air mass movements, but depends importantly on how upwind neighbours care for their forests. Reliable rainfall in the continental interiors of Africa and South America, as well as in other downwind locations, may depend on maintaining relatively intact and continuous tree  cover from upwind coasts. The geopolitics of these relations can become a source of conflict, but can also lead to new types of cooperation.”

With these and more fascinating “cool insights” and evidence from research, the authors point out that there is a strong basis for a hydro-climate policy that involves forests and trees. This policy would be much wider than what has  so far been shaped by scientific understanding of the greenhouse-gas dominated climate and been incorporated in international agreements.

The review concluded with a cry to action on forests, water and climate. “Climate policy must take these water-processing, cooling and rainfall-generating effects of trees and forests more explicitly into account.” Significant revision of national, regional and continental climate change mitigation and adaptation strategies are urgent as next steps.