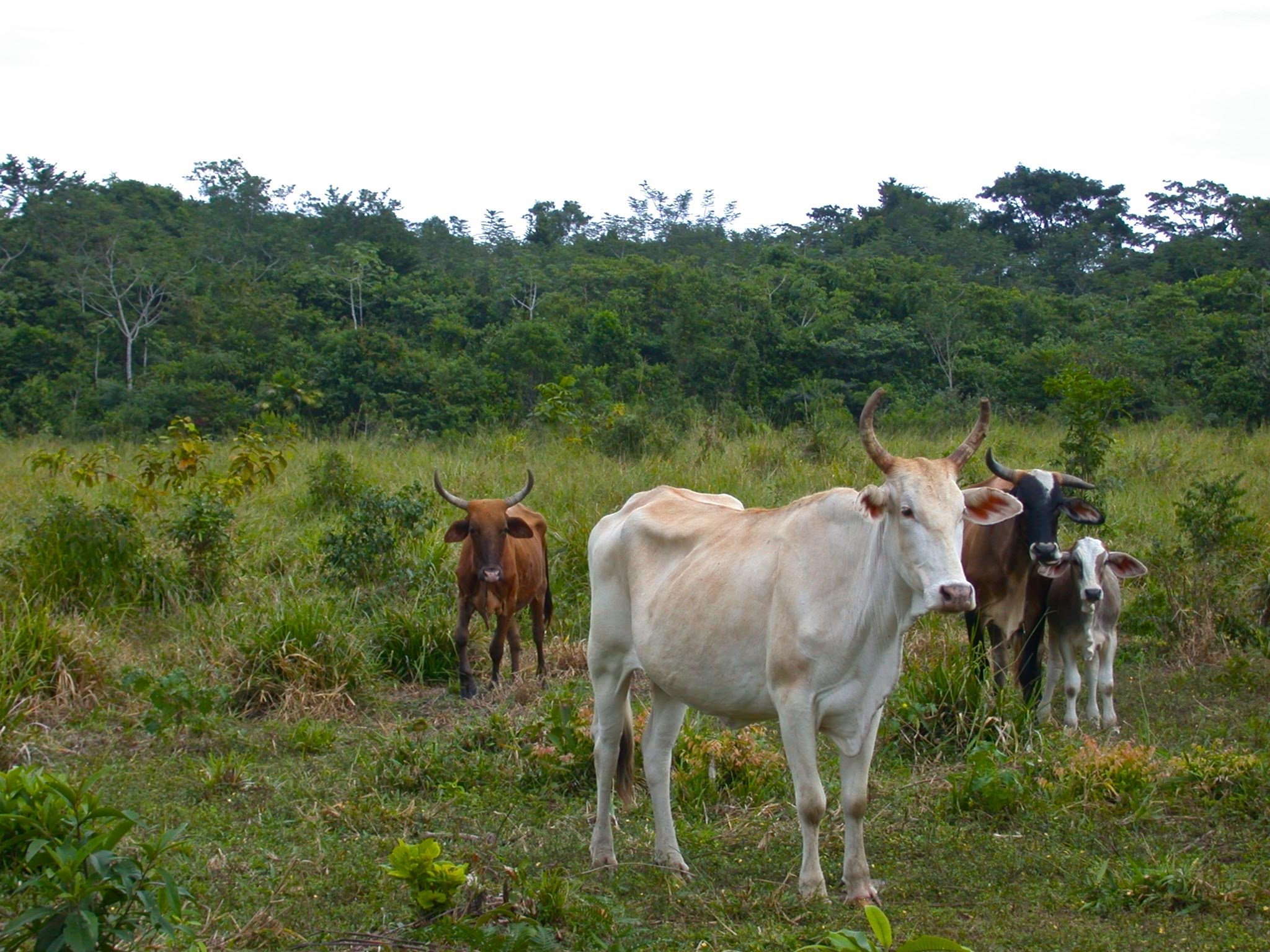 The Bonn challenge aims to restore 350 million hectares of degraded land by 2030 of which currently almost 100 million hectares has been committed through various initiatives. Restoration is a global priority; not only to restore the productivity of degraded and unproductive land, but also because promoting tree cover will increase carbon uptake from the air into vegetation biomass and soil, contributing to climate change mitigation. The land area designated for restoration is huge and shows global commitment for the cause. But how does one go about restoring such vast areas, and, isn’t that very expensive?

As part of an international group of researchers, called 2ndFOR, we recently stressed the vital role of second-growth forest for land restoration and climate change mitigation. Second-growth forests are forests that regrow after nearly complete removal of forest cover for agricultural use. Second-growth forest has previously been put forward as a potential carbon sink but their potential for carbon sequestration has never been quantified at large scale. It turns out that these forests may teach us how to restore the land and take up vast amounts of carbon while working with nature, instead of against it. Our results were recently published in the prestigious journals Nature and Science Advances.

We reported on the enormous grow-back potential of tropical forests in Nature. From the analysis on 1500 forest plots from 45 sites across Latin America we concluded that carbon uptake is surprisingly fast in these second-growth forests: After 20 years, these forests had recovered 122 tons of aboveground biomass per hectare. This corresponds to an uptake of 3.05 tons of carbon per ha per year, which is 11 times the uptake rate of old-growth forests.We also found that the rate of regrowth differed dramatically across the study sites and that this rate is larger in areas with higher rainfall. A map is provided of the grow-back potential of second-growth forests across the Latin American tropics. 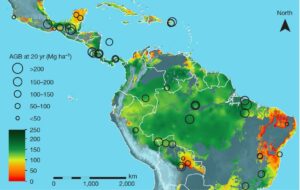 In Science Advances we reported what this regrowth potential implies for climate change mitigation. The area of second-growth forests in Latin America is substantial: 240 million ha, which is 28% of the lowland forest area. Assuming that 100% of this second-growth forest is able to persist and grow over the coming 40 years, there will be an additional 31.1 petagrams of CO2 stored over that time period, which is enough of offset the carbon emissions from fossil fuel use and industrial processes in these countries in the past 21 years. What is remarkable is that this huge amount of carbon uptake does not require any costly tree planting or loss of farmlands. This is exclusively based on natural forest regrowth and only requires protection of the second-growth forests present.

So, working with nature provides us with a low-cost and effective solution for restoring large areas of land and mitigating climate change. To do so, second-growth forests should be left to regrow, which only works if there is some form of protection (e.g. fencing, fire-breaks). Forest regrowth is not a quick fix, it takes many decades and the carbon benefits accumulate over long time scales. At the same time, adequately protecting mature forests is vital for climate change mitigation. Mature forests do not take up carbon as fast as second-growth forest but they have large amounts of carbon stored in both biomass and soils. If mature forests are not adequately protected, carbon-uptake gains by second-growth forest may be in vain.

As the world looks for efficient and affordable ways to restore degraded land and combat climate change these findings tell us that forest regrowth clearly deserves more attention among (inter)national policy makers than it has received so far. Rather than working against nature we should work with nature; natural regrowth is a cheap and nature-based solution with a tremendous carbon mitigation potential.

This blog is a repost from http://landscapeportal.org

The author, Madelon Lohbeck, is affiliated with:

Based on the publications: