Why do forests disappear and later reappear in landscapes, regions, and nations? The Forest Transition Theory focuses on revealing the patterns and drivers of a switch from net deforestation to net reforestation in a region or nation. In this paper, an interdisciplinary group of ecologists and geographers provide a historical overview of forest transitions throughout the last few centuries, contrasting their driving forces, spatial extents, speed, and features of the new forests they produced. In particular, early cases (1800-1980) are contrasted with ‘latecomer’ cases (since 1980).

Historical and recent forest transitions share some commonalities: tree cover is redistributed both among and within nations from lowland flat terrain to upland hilly terrain. Deforestation and reforestation trends have become increasingly influenced by the globalization of agricultural commodities and intensification of agriculture. Global trends show net reforestation in industrialized and temperate zone nations, while tropical countries continue to lose forests, from 1982-2016.

Early forest transitions in Europe and North America mostly occurred passively through spontaneous regeneration of native forests on abandoned agricultural land, coincident with the expansion of large-scale, machine-cultivated agriculture on inexpensive, fertile, level land that became accessible. Small-scale upland farmers in Europe had difficulty making a living from agriculture; many abandoned their homesteads and moved to cities to work in new industries. 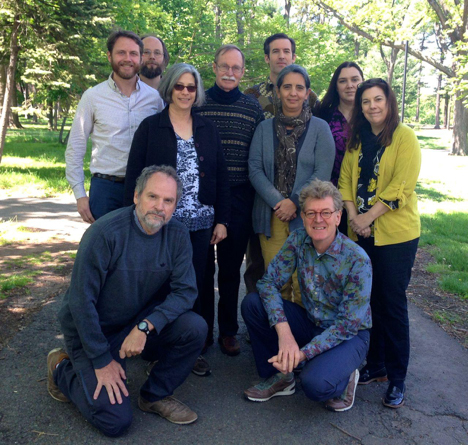 What lies ahead for forest transitions? Shifts in control of forest resources from centralized governments to local communities raises the potential for using reforestation to accomplish multiple socio-environmental functions, including biodiversity conservation, enhancing forest-based livelihoods through agroforestry and assisted regeneration of forests, and participatory management and monitoring.

The PARTNERS connection
This paper is a product of a PARTNERS Workshop on New Tendencies in Forest Transitions co-organized by Tom Rudel and Sean Sloan at Rutgers University in May 2017.