The Philippines is a global biodiversity hotspot, home to about 5% of the world’s plant diversity. But forest cover in the Philippines has declined sharply from 50% in 1950 to 27% in 2015. The country is also one of the pioneer countries to introduce state governed massive forest rehabilitation program. The recent National Greening Program (NGP), aimed to reforest 1.5 million hectares of degraded forest areas by 2016 and has now been extended to 2028. The success of such programs, however, limited by many constraints including local participation, technical skills, high management and maintenance costs associated with forest restoration etc. Shifting cultivation, locally known as kaingin, is a dominant land-use in the Philippines. In fact, after post-logging secondary forests, post kaingin forests represents the second largest group of secondary forest in the country. The secondary fallow forests regrowing after kaingin are generally not viewed as suitable targets for biodiversity conservation and carbon retention in the Philippines. 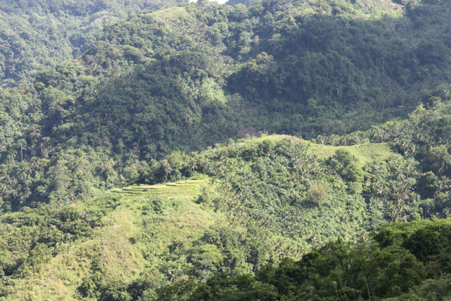 Drawing upon our empirical study in Leyte island, Philippines and other relevant case studies from the country, this study shows that recovering secondary forests following kaingin have high potential for both biodiversity and carbon co-benefits. Most importantly, secondary forest regrowing after kaingin use can potentially be used as a cost-effective measure for forest landscape restoration in the country with multiple benefits to local livelihoods and the environment. Whereas most reforestation projects in the country focus on planting common and fast-growing species (including exotic species), the secondary fallow forests re-growing after kaingin can recover many of the features of the old-growth forests. Several factors including proximity to intact forests, the intensity of past usage or slope, affect the ability and magnitude of forest recovery in human-managed landscapes.
Due to diverse stakeholders and their needs, managing tropical forest is always challenging. Involving local communities in forest conservation have shown great promise, with the recent development of many PES (Payment for Environmental Services), REDD+ (Reducing Emissions from Deforestation and Forest Degradation), and CDM (Clean Development Mechanism) projects.

The PARTNERS connection
This paper is part of a Special Issue of Biotropica as a PARTNERS-sponsored effort. The concept of this paper originated during Prof. Robin Chazdon’s visit at University of Queensland (Australia) during 2014 following the ATBC Annual Meeting in Cairns, Australia. This paper has received good attention from policy makers and forest managers in the tropics and has already been cited in several peer-reviewed publications. The fieldwork for this study was supported by the Australian Centre for International Agricultural Research (ACIAR) through the project ASEM/2010/ 050 – Improving the outcomes of watershed rehabilitation in the Philippines using a systems approach.