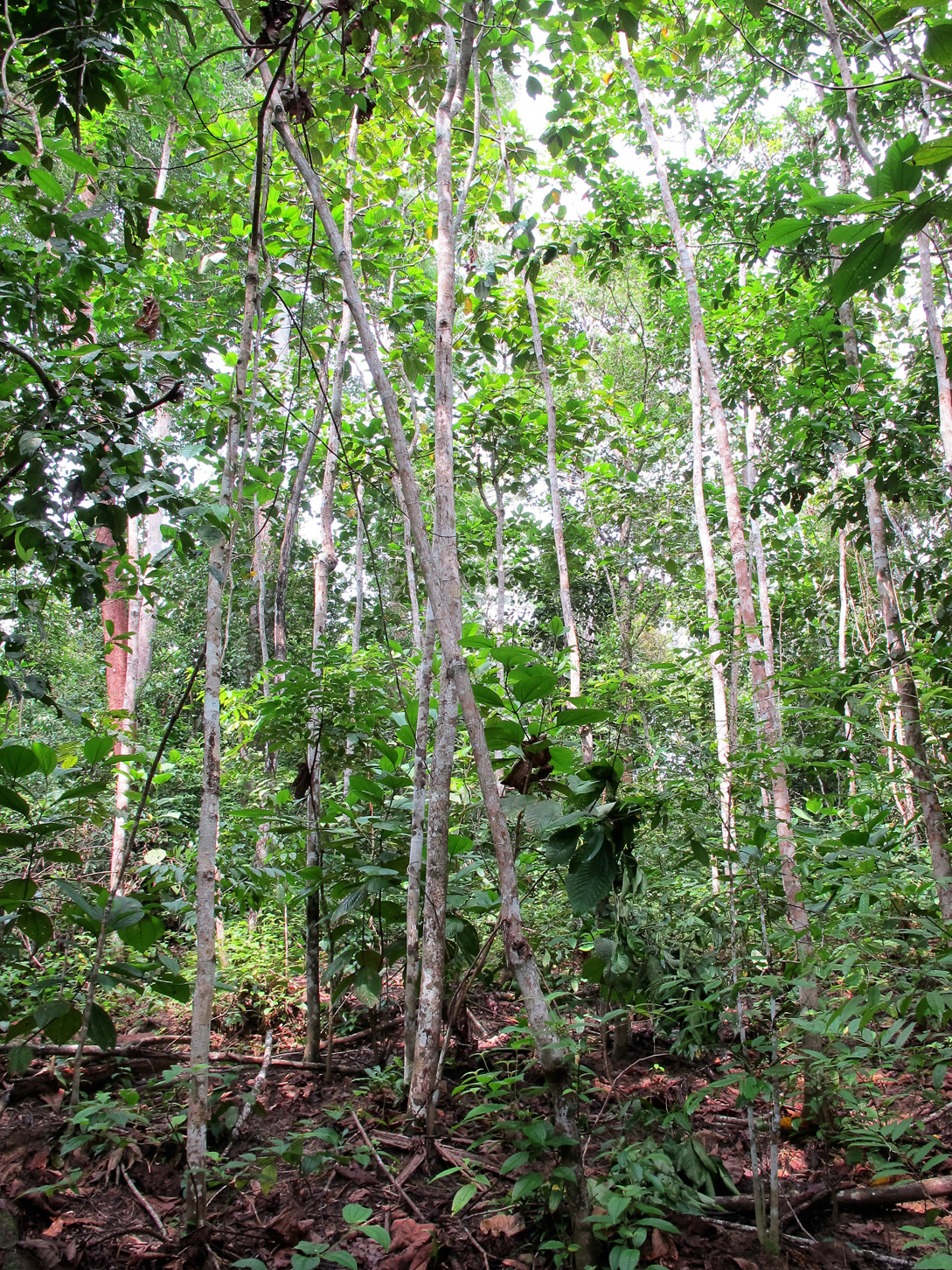 When many people think about restoration, they envisage tree planting. Indeed, among a large segment of society tree planting is virtually synonymous with restoration, although with the obvious provisos that it should be with native species. However, the costs of planting are high and, depending on the circumstances, it may not always be an effective intervention. For example, enrichment planting involves the planting of desirable species, such as high value timber species or those with high carbon potential, into degraded forests. Typically seedlings are planted at a density of around 400 stems per hectare, but then have to compete with surrounding seedlings and juvenile trees of which there may be several thousand per hectare. Regular clearing of competing vegetation is expensive and even then there is no guarantee that the planted seedlings will make it to the canopy.

A cheap alternative is simply to protect natural regeneration, where it occurs. Abandoned fields and degraded forests will gradually recover biomass and diversity if left undisturbed. However, full recovery of timber values, carbon stocks and biodiversity may take centuries and, moreover, the forest manager lacks control in determining the outcome. Invasive or otherwise undesirable species may come to dominate the forest for extended periods.

Thinning – a forester’s term for removing undesirable stems – provides a potential middle road between these approaches. First, thinning is cheap; <10% of the cost of enrichment planting in Indonesia, where our study was conducted, and does not entail any subsequent costly management. Moreover, the remove stems may have a market, for example for biomass energy production, which can help offset costs. Second, thinning enables the forest manager to manipulate forest composition at a relatively late stage in succession, bringing more guarantee of success. Third, where competition from undesirable stems is inhibiting the growth of desirable stems, thinning may substantially accelerate the rate of forest recovery. In particular, in logged forests a high density of pioneer stems in the understory often results in a constant refilling of canopy gaps with more pioneers. Thinning of understory pioneers could break this cycle and enable later successional species to reach the canopy, provided of course there is a sufficient stock of juvenile stems of late successional species in the understory. Thinning has been practised by temperate foresters for hundreds of years, and is relatively straightforward in monospecific stands. But it is rarely conducted in tropical forests where more nuanced management, based on an understanding of species regeneration niches, is required. Some attempts at managing stand composition in tropical forests through the selective removal of large stems of undesirable species have been made. However, removal of large trees creates large gaps and usually results in a proliferation of pioneers. Hence, it is unlikely to be a suitable approach for restoration. Removal of other types of competing vegetation, such as lianas, bamboo and dense shrubs, has been effectively used to accelerate recovery of degraded tropical forests in situations where these are abundant. But in forests that have been logged or are recovering from shifting cultivation, an over-abundance of pioneers is a much more widespread condition. Hence, we set out to test the hypothesis that selective removal of pioneer stems in the understory could accelerate succession. We specifically targeted understory pioneer stems for removal to avoid overly increasing light levels, and thereby favouring more pioneer recruitment, and hoped that by removing juvenile pioneer stems we could break the cycle of canopy refilling with pioneers. The experiment was conducted at Harapan Rainforest (www.harapanrainforest.org) an Ecosystem Restoration Concession in Sumatra, over an area of 280 ha. Thinning involved girdling and poisoning of several species of particularly abundant pioneers, including one invasive species (Bellucia pentamera), and three thinning treatments of increasing intensity (all undesirable stems <10 cm dbh; all stems <15 cm dbh and all stems <20 cm cm dbh) and a no management control were applied. Preliminary results, which we publish in our paper (DOI:10.1016/j.foreco.2016.09.020), are encouraging. Thinning only marginally increased understory light levels and substantially changed forest composition towards a later successional sere. Moreover, as expected, growth of late successional stems was substantially increased in the low intensity treatments and pioneer growth only in the highest intensity treatment. Early results are promising. However, during the severe 2015 El Nino drought, which was in the second year of monitoring, light levels increased dramatically in all treatments but especially in the lower intensity thinning treatments. If this resulted in a pulse of pioneer recruitment, it may undo the benefits of thinning we observed in the first year. Nevertheless, we suggest more attention should be paid to thinning as a potential restoration treatment. Continued monitoring of the Harapan experiment and replication of similar experiments elsewhere is recommended. Reference: Swinfield, T., R. Afriandi, F. Antoni, and R. D. Harrison. 2016. Accelerating tropical forest restoration through the selective removal of pioneer species. Forest Ecology and Management 381:209–216.